Read Excerpts From Snooki’s Book, Prepare to Have Mind Blown 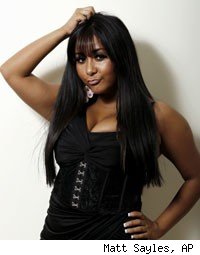 Faulkner, Hemingway and Fitzgerald may be widely acknowledged as America’s preeminent literary talents, but none of them have gotten down with The Situation in a hot tub. This is where Nicole “Snooki” Polizzi enters the equation.

The ‘Jersey Shore’ star’s first novel, ‘A Shore Thing,’ is scheduled for release this week and early buzz has contenders for the National Book Award shaking in their boots.

Snooker’s prose encompasses all of the subtlety we’ve come to expect from the pocket-sized party girl, from the terse descriptions of her lifelong passions to the exquisitely-crafted allegory between her emasculated “juiceheads” and Puccini’s tragic heroine in ‘La Boheme.’

After the jump, we contrast Snooki’s work (courtesy of the New York Post) with the literary greats, whose talents she has not only equaled but clearly surpassed.

On seeing another person, as if for the first time:
Fitzgerald: “Gatsby was overwhelmingly aware of the youth and mystery that wealth imprisons and preserves, of the freshness of many clothes, and of Daisy, gleaming like silver, safe and proud above the hot struggles of the poor.”

Polizzi: “He had an okay body. Not fat at all. And naturally toned abs. She could pour a shot of tequila down his belly and slurp it out of his navel without getting splashed in the face.”

On anger:
Hemingway: “His rage began to thin as he exaggerated more and more and spread his scorn and contempt so widely and unjustly that he could no longer believe in it himself.”

Polizzi: “Any juicehead will get some nut shrinkage. And bacne. They fly into a ‘roid rage, it is a ‘road’ ‘roid rage.”

On love:
Steinbeck: “Try to understand men. If you understand each other you will be kind to each other. Knowing a man well never leads to hate and almost always leads to love.”

On the significance of place:
Didion: “A place belongs forever to whoever claims it hardest, remembers it most obsessively, wrenches it from itself, shapes it, renders it, loves it so radically that he remakes it in his image.”

Polizzi: “Gia had never before been in jail. It wasn’t nearly as gritty and disgusting as she’d seen on TV prison shows. The Seaside Heights drunk tank — on a weekday afternoon — was as clean and quiet as a church.”

Polizzi: “Gia danced around a little, shaking her peaches for show. She shook it hard. Too hard. In the middle of a shimmy, her stomach cramped. A fart slipped out. A loud one. And stinky.”