Watching TV Together Is Love 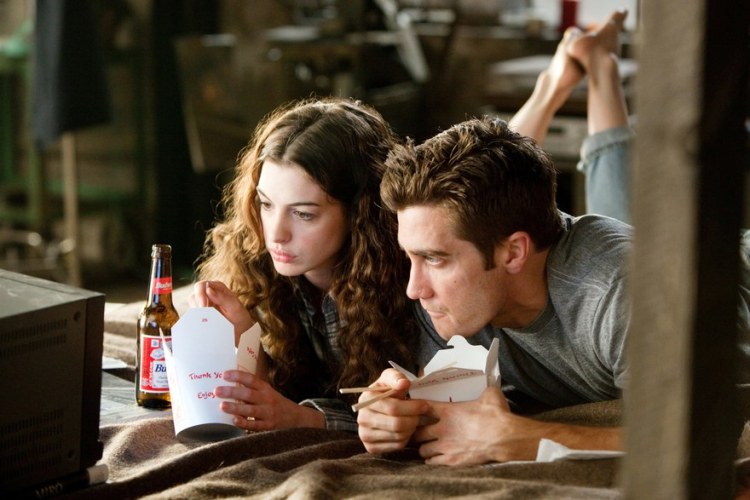 We should all be lucky to have someone we can watch the same shows with.

Since most people are just pretending to care about baseball to impress some dad somewhere, I’m going to go ahead and say it: TV-watching is our real national pastime. (Come at me, drunk Yankees fans.) Night after night, countless men and women miss out on hours of sleep and minutes of sex because they’d heard rumors that a main character was going to get beheaded/castrated/have their boobs exposed on Game of Thrones.

If you’re lucky, you’ll meet someone whose face you find pleasant and at least symmetrical-adjacent, who doesn’t mind listening to you tell the same stories about your childhood pets over and over, and who might even be willing to watch you die eventually. However, if that person can’t muster the resolve to even start the first season of Orphan Black with you, they’re not the one. It may not seem like the end of the world today, but if you can’t find enough TV common ground to eventually see a future in which you’re cackling into the abyss at whatever after-after-after show we’ve found for Chris Hardwick’s reanimated head to host by then, the cracks in your foundation will bring down the whole house. Keep going home with this hater of joy, and 20 years from now you might find yourself laughing at jokes on reruns of The Big Bang Theory.

Of course, there are exceptions. You may be one of those people who insists upon telling everyone who can bear to be in your presence that you would never own a TV. (In which case I’m sure you’re too busy treating the spinal fracture you got from patting yourself on the back so hard to have a relationship, anyway!) You could be trapped under something heavy and positioned in such a way that you can’t get a good look at what’s on. You could just be a bunch of Yorkie puppies in a trench coat pretending to be a person. For the rest of us, though, we need to reach a common ground in pursuit of our most mindless, ass-fattening activity before we can form a more perfect union.

The stress of having something you love denigrated, belittled, or even just ignored can turn friends to enemies and lovers into people who don’t even bother to close the door to the bathroom when they’re using it. I once dated a man who insisted on watching the “Real World/Road Rules Challenge” every week from the comfort of my couch until I had no choice but to burn my entire building down and dance in the falling ashes, reveling in the searing quiet.

TV isn’t just a diversion—it fills a pressing need. Life is depressing and hard and frustrating, and even when it’s not, it sometimes feels good to turn off your brain and find a placid happiness that doesn’t involve fucking up your serotonin levels. Need to take a break from all the pain and suffering in the world with something lighthearted? Put on a few episodes of Unbreakable Kimmy Schmidt. Trying to learn some jargon so you can keep pretending you went to business school? Tune into Shark Tank. Pretty sure you’re gay but need to confirm? Teen Wolf is still on.

Can you watch TV alone? Sure; you can drink alone and have sex alone, too. But if two people can’t put aside their differences for 22 minutes to enjoy one of life’s greatest pleasures, the fundamental mismatch in the relationship will only continue to drive a wedge between them. TV is good. TV is love. TV should be the glue that bonds us together, not what tears us apart. When we’re old and tired and our body is a jangling skeleton inside a spotted skin sack, we should be so lucky to have someone sitting there beside us, basking in the warm glow of a television set, waiting for the firemen to unstick us from the fabric of our sofas.

Writer, natural redhead, semi-professional napper.
View all posts by Sarah Crow »
« How to Hug a Woman
How to Be a Good Boyfriend »