Taylor Swift is the latest in a long line of celebrities to create a signature scent and we’re extremely curious to know about the singer’s choice of smells. Swift, who looks very much like a baby powder and peonies kind of girl, amused audience when, during a recent interview, David Letterman told the star, “Please don’t take this the wrong way, but you smell like expensive wood.” While we’re excited to see if the star’s scent is furniture fragranced, she’s not the only celebrity whose perfume we’d be interested in smelling. After the jump, our votes for the celebrities who should create their own scents: 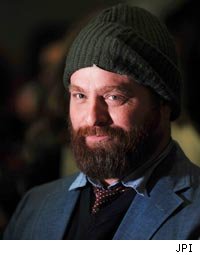 The funny man may be an onscreen favorite, but there’s something about Galifianakis that makes us think that smelling delicious may not be a top priority for him. Maybe it’s his over-the-top sense of humor, or perhaps it’s the burly beard, but we’re guessing that his scent would be a hit with people whose scent preferences fall on the earthier side.

What it Smells Like: An old beer spilled in a pine forest, with a hint of deer urine

Tiger Woods seems like the ideal celebrity to put his name on a perfume. Athletes before him, including David Beckham and Derek Jeter, have endorsed their own scents, but it seems that nobody in sports or entertainment knows the scent of a woman better than Tiger Woods.

What it Smells Like: Other women’s perfumes, nervous sweat

The singer may have recently launched a fashion line, but we’re used to her looking more scraggly than supermodel. Winehouse, a heavy smoker and alleged former drug addict, doesn’t seem particularly fastidious about her personal grooming habits, which leads us to believe her scent would be more heavily influenced by cigarettes than soap. 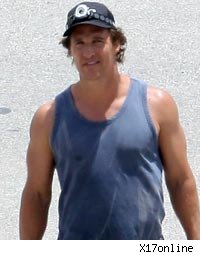 Matthew McConaughey stays in shape and he doesn’t mind if the world knows it. The frequently sweaty, shirtless star, is not onlyPEOPLE’s 2005 vote for ‘Sexiest Man Alive’, he’s also one of the smelliest, having given up deodorant more than 20 years ago. Topping off his natural odor might be just a hint of the wacky tobaccy, which the actor was caught with during a 1999 arrest.